Choosing the right terrain is the first important choice you can make. 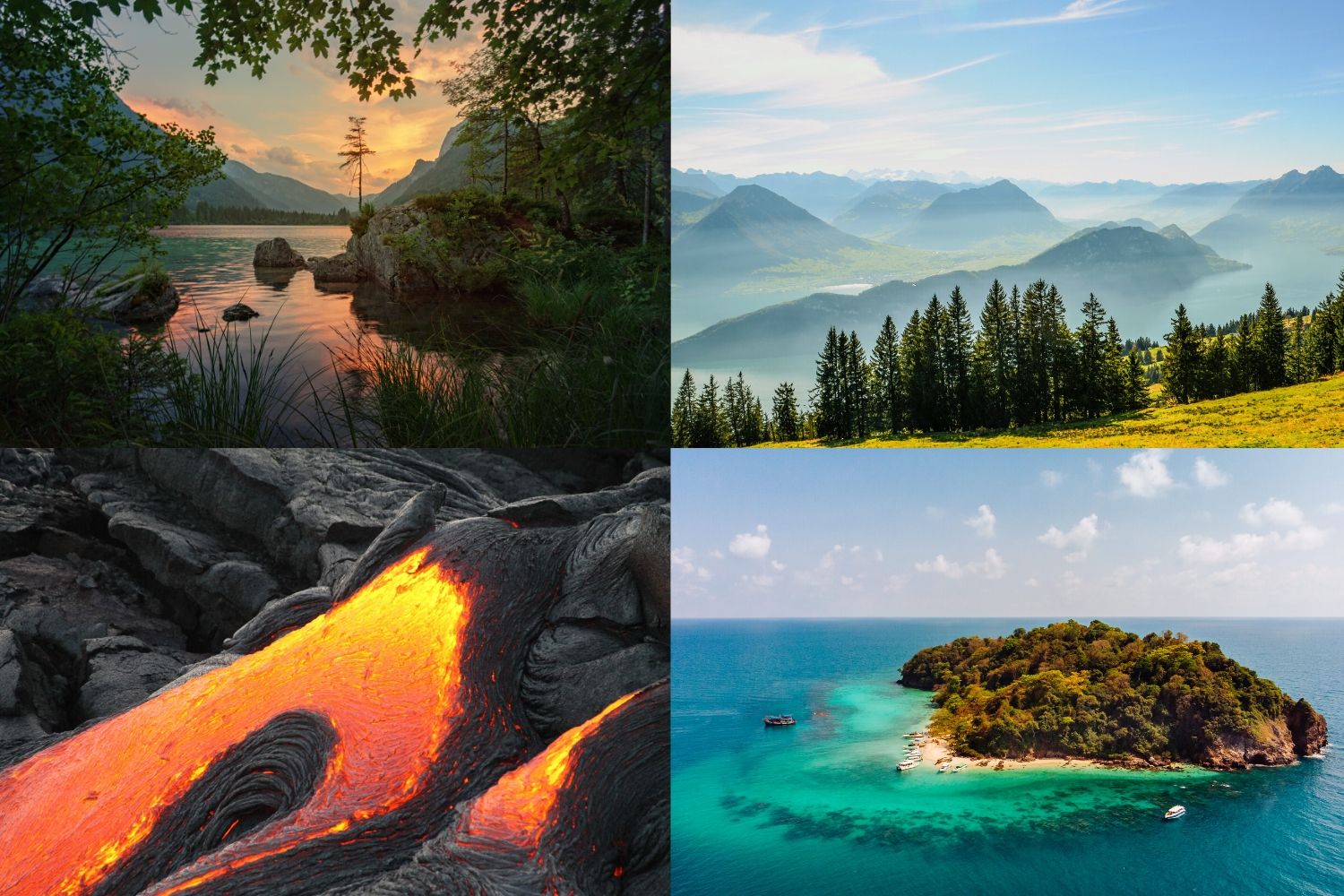 After spending several years in Paris and Cologne, an old friend of mine recently moved to Berlin to start a new job. I helped him find an apartment, so he invited me over and we got to talk.

His CV reflects a traditional high social value German career. After finishing high school, he attended RWTH Aachen to study mechanical engineering. Aachen is the largest technical university in Germany and one of the most renowned engineering schools in Europe. In the country of engineers, an engineering degree (ideally a Ph.D.) is as prestigious as an MD.

An Industry in Turmoil

After finishing his degree, my friend started working for a multinational company that was bringing in over 3.5b EUR in sales for manufacturing steel tubes. The interesting thing is that, after my friend arrived, the entire industry changed. The company had been profitable in previous years and in the year he started its sales grew from 4.5b EUR to 5.4b EUR.

At the time, steel tubes were a producer’s market. Customers had to wait for their orders to be secured and produced. They had to take whatever the producers had to offer. His company was fulfilling large orders only – that is, ones associated with the construction of airports, production plants, and energy plants. This was the market’s most profitable segment.

Meanwhile, the Chinese were building domestic steel-tube production facilities. At some point, local demand in China became saturated and couldn’t absorb the excess capacity. In response, Chinese manufacturers became increasingly export-oriented, which transformed the dynamics of the industry. Suddenly, capacity was not an issue. Clients could choose much cheaper products from China.

This dynamic was not new in the steel market. Over the previous 25 years, companies in China had flooded the market by increasing their steel production capacity by 12 times. Now, by making steel tubes, they were moving up the value chain. In 2017, the EU imposed anti-dumping duties on imports of Chinese steel tubes.

In the five years that my friend remained with the steel-tube company, its revenues increased slightly, from 5.4b EUR to 5.7b EUR. They fell as low as 3b EUR in the year before the EU passed the anti-dumping duties.

Eventually, my friend became the risk manager for all of the company’s European plants. He had a critical role, because in an industry where the average margin had fallen to 1%, you couldn’t allow yourself to take any risks. Even a 1% or 2% improvement in overall costs through decreased downtime or other process improvements were relevant wins. And my friend did a great job of managing it all.

Compared to my career, the contrast couldn’t be bigger. I don’t care about 1% improvement, or even 10%. All that counts for me is 10x.

My job as an entrepreneur is to make something scarce abundant. I’m not too concerned about risk, but something else completely. When starting a new venture, the things I offer have no overcapacity. There is no capacity at all in what I’m dealing with, and I’d like to keep it that way.

Which brings me to this: When most people think about their careers, they don’t consider the terrain they operate in. That’s a major oversight. Choosing the right terrain is the first important choice you can make.

The main reason why I think this is true is that the terrain is an independent variable. Once you’re inside any terrain, you have to adjust to it. It will generally not adjust to you.

The art of entrenchment, as Your Royal Highness expressed so excellently at one time, shall serve the defender not to defend himself more securely behind a rampart, but to attack the enemy more successfully. This idea should be applied to any passive defense. Such defense is nothing more than a means by which to attack the enemy most advantageously, in a terrain chosen in advance, where we have drawn up our troops and have arranged things to our advantage.

The terrain determines the rules of the game and provides the resources. It can be void or nourishing. It can be harsh or easy on you.

Therefore, choosing your terrain is a crucial decision. In order to choose the right terrain for you, you need to know which terrain you like and are well adapted for. 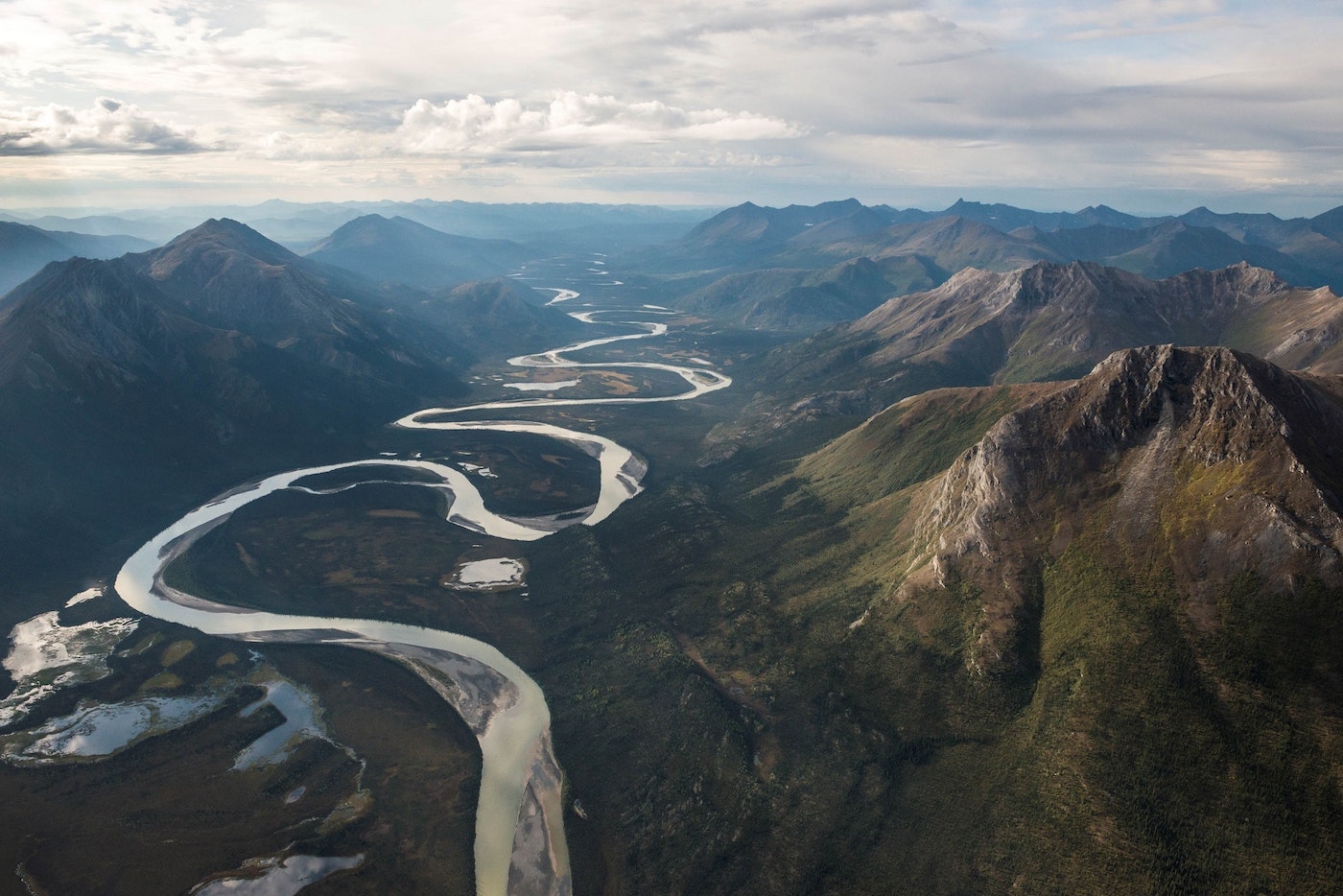 No. The market is only a part of the terrain.

Think of the market as a landscape that consists of positions and features.

Features are things like mountains and swamps. You need to know where the dangers and advantages are to position yourself in the best possible way. To translate this to the market, a mountain would be a market segment that cannot be addressed, while a swamp could represent an idea that has been tried and failed for various reasons.

Positions are good waterways and empty turns. Knowing these positions lets you choose an optimal starting point or avoid the terrain altogether.

It is easy to forget that the land where we live, work and raise our children is hugely important, and that the choices of those who lead the seven billion inhabitants of this planet will to some degree always be shaped by the rivers, mountains, deserts, lakes and seas that constrain us all – as they always have.

― Tim Marshall, Prisoners of Geography: Ten Maps That Tell You Everything You Need To Know About Global Politics

Another view of the terrain is Taleb’s: Are we in Mediocristan, or in the strange country of Extremistan? In Mediocristan, everything is well-behaved and constrained within natural and narrow bounds. In Extremistan, you could find a lake 10,000 times deeper than all the other lakes you might encounter.

A great tool for understanding position and features is the idea maze, “a map of all the key decisions and tradeoffs that startups in a given space need to make.”

Some questions you need to ask yourself in order to understand positions and features include:

In addition to landscape, position, and features, we need to think about what shapes the terrain.

The terrain is shaped by climate and time.

The climate refers to the patterns of the season.

Some terrains show cyclicality, while others are stable all year round. Some terrains are subject to heavy and destructive hurricanes at regular intervals. Knowing that is key to preparing and deciding whether or not it’s wise to enter that terrain. Industries such as healthcare are known to be more stable than consumables, such as travel agencies.

Sometimes looking at the regular seasons is not sufficient. The broader picture is that the whole world changes and affects all terrains differently. Terrains that were previously too cold become inhabitable and can offer settlers a first-mover advantage. Others become too hot and dry to provide a comfortable living.

Are we at the beginning of an ice age or a stable era? Are the tectonic plates shifting and about to cause a massive earthquake?

The time dimension refers to the development stage of the terrain. Some terrains are volcanic islands that recently emerged from the sea and are growing quickly. Others are continents that change very slowly. Would you like to start early in a nascent industry that might develop into a large market? Or would you rather know that a large market already exists?

The terrain where you choose to live is the most important choice you can make.

The first of Rachlev’s laws of success states: “When a great team meets a lousy market, the market wins.”

It should say: “When a great team positions itself on a lousy terrain, the terrain wins.”

Terrains have multiple dimensions. To deal with that complexity, humans make maps. They’ve been doing it for over 25,000 years. Maps help us cope with the illegibility of the terrain.

A map is not the territory it represents, but if correct, it has a similar structure to the territory, which accounts for its usefulness.

Maps are models that simplify reality. They are dimensionality reduction tools that allow us to focus on dimensions of interest and filter out other aspects. They are descriptions of the terrain, not the terrain itself.

My conversation with my friend made me think about the terrain I must choose in order to thrive.

After considering several alternatives, I came up with one dimension that was particularly important to me: Does the terrain allow for increasing returns to scale, or is a company with diminishing returns better suited for it?

In system dynamics terms, increasing returns are positive feedback loops that amplify the signal in both directions. Something that grows, keeps on growing faster; something that shrinks, keeps on shrinking faster. The goal, of course, is to design a company where output increases by more than the proportional change in inputs.

The relevant question for me is whether or not the increasing-returns parts are dominant or only supplemental.

An Overview of Differences

As stated before, the terrains that are suitable for increasing and decreasing returns are materially different. Different skills and cultures thrive in each. Here are some of the differences:

As we can see, increasing-return terrain is defined by knowledge generation in an environment where the rules are unknown. To return to the terrain metaphor, we would think of a highly complex landscape with many different features. An optimal strategy is not yet apparent and needs to be discovered first. The terrain is wild and hard to read. It needs to be experienced step by step. Therefore, the primary goal is to generate knowledge and advance from one win to the next.

On the other side, in the decreasing return world, a map exists, and the goal is to optimize the castle on that map.

Competition is different in knowledge-based industries because the economics are different. If knowledge-based companies are competing in winner-take-most markets, then managing becomes redefined as a series of quests for the next technological winner—the next cash cow. The goal becomes the search for the Next Big Thing. In this milieu, management becomes not production oriented, but mission oriented. Hierarchies flatten not because democracy is suddenly bestowed on the workforce or because computers can cut out much of middle management. They flatten because, to be effective, the deliverers of the next-thing-for-the-company need to be organized like commando units in small teams that report directly to the CEO or to the board. Such people need free rein. The company’s future survival depends upon them.

As you can see, just using this one dimension makes clear how large the differences between terrains can be. Different terrains favor different processes, cultures, and structures. Therefore, taking the time to think through which cultures and structures are best for you is an exercise worth taking to increase your chances of success and avoid disappointment.

My buddy has unknowingly optimized his career for the world of the diminishing return.

I live on the other spectrum, in the world of increasing returns.

Understanding the differences is key.

The challenge is to discover which terrain is right for you. I believe that choosing the right terrain is key to career success, productivity, and overall satisfaction.