The largest European digital market is on a roll! 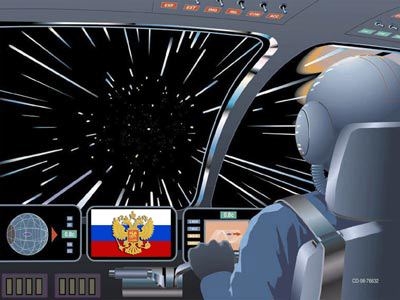 I can’t believe at what speed the Runet has transformed. On my previous trip, just 4 years ago I remember feeling confused and disappointed by most Russian websites.

Now, being the largest European Internet market, the Russian Internet has not only closed any gap but became a technology leader and boasts global digital players.

In 2009, only 29% of the Russian population were using the Internet. Since then, this number has doubled 59% in 2013 providing access to over 80mm people to the Runet. But not only that, Russia has actually become the 2nd most used language online.

This explosive growth has been fueled by the demand for uncensored information, free WiFi access in cities, and general online advantages, such as free communication. Now, Russians have become avid content creators using local(ish) platforms such as LiveJournal and have adapted global ones, such as Twitter, probably more eagerly than their peers in the West.

When it comes to mobile, the growth rates are staggering, too. In 2012, mobile internet penetration has reached 55%, up 88% from the previous year. No wonder I’m seeing smartphones all around me in Moscow.

Growth rates like these have attracted investment and created entrepreneurs ready to invest. Most prominently, the Mail.ru group invested in companies such as Facebook, Zynga, and Y Combinator turning Yuri Millner into a VC household name basically over night.

Russian Internet businesses also started to attract outside investment in ever increasing volume. Just this June, Russia’s Lamoda raised $130mm from several investors. This round was preceded by another 9 figure round by Ozon.ru.

The students in Moscow are of course as Internet savvy as their counterparts in other parts of the world. And their expectations are as high as anywhere. They can tell good experience from a bad one, a beautifully crafted app from one that is not so much.

People I talked to said that they were spoiled by the great experiences provided by local companies nowadays. Indeed, if you look at some well known Russian sites you will find that they are as well usable if not better than their western counterparts.

This all is no surprise given the excellent engineering talent in Russia. The growing market, fed by investment money, and cultivated with local talent has produced a couple of international success stories.

Internet companies such as Kaspersky Lab and Yandex have been around for some time. But more recent successes include ZeptoLab (maker of the popular Cut the rope games), Zingaya, AlterGeo, or Speechpro.

If you’ve ever set up a server within the last 2-3 years, chances are that you thought about trying out nginx instead of using Apache. The open source project was started by a Russian developer and already runs around 15% of all websites.

Yandex is another company that releases a lot of innovative technology. It’s the largest search engine in Russia and even processes more requests than Bing on a global scale. Among other things, they’ve released an own fork of Chromium Yandex Browser) and are working on an on-site personalization API.

In short: Runet is on a roll! Let’s hope that Putin will hold up his promise and keep it as a space of freedom.