There is a social dimension to knowledge that is invisible to most people. 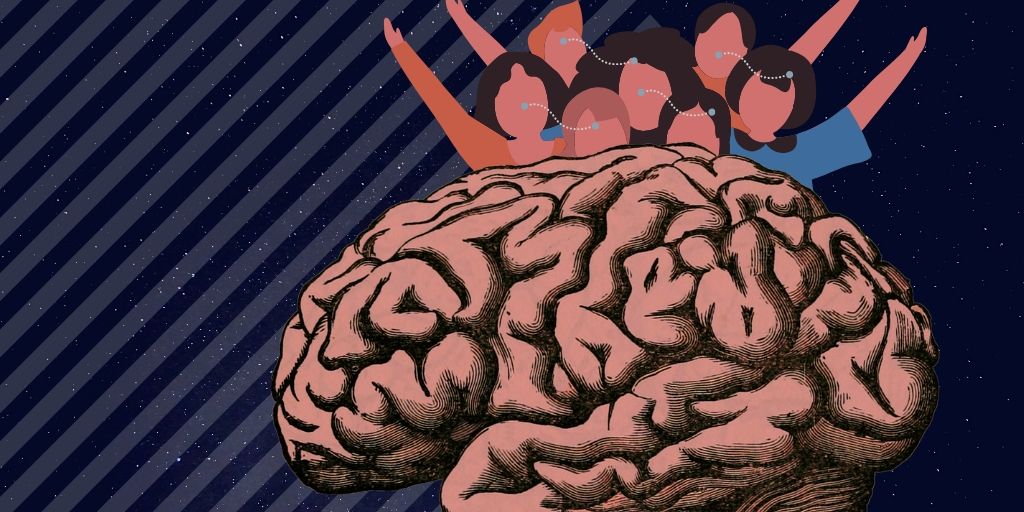 Successful coordination within a group of friends, a family, a team, a company, or a state relies on common knowledge. It’s an essential building block of social reality. But though it is crucial to understand, it is a strange and counterintuitive concept.

Knowledge is more than just facts. It refers to a specific point on the distribution of all possible interpretations of a particular information set.

For many things, there is just one interpretation. For instance, the number “1” can only be interpreted in a single way: As a singular unit.

How about adding 1 and 1 (or, 1 + 1)? Here, we increase the number of possible interpretations. On one hand, there is the mathematically correct answer of 2. On the other hand, some people might say the answer is 11.

In school, we study how to perform correct addition. This serves the physical purpose of teaching children how the world works and the social purpose of creating consensus by removing the likelihood of misunderstanding through incorrect mathematics. In addition, we have now digital tools that perform these operations for us. Schools and digital tools significantly reduce the uncertainty around adding 1 plus 1.

Next, let’s explore a much more open information distribution.

An example with a much wider range of options is knowledge of most social phenomena. Asking 10 random people on Twitter to define a concept like “democracy” will yield several answers. Depending on their interest and voting behavior, the answers might be grouped, and I would expect to find similar aspects in most of them.

There might be no “right” definition of such a social concept, only a distribution that is acceptable at one point in time. In fact, political theory refers to the range of policies that the public will accept as the Overton window. The window is not static. It shifts as a reaction to trends and norms.

In most cases of social coordination, knowledge refers to a specific point on a distribution.

The Social Dimensions of Knowledge

When I was in high school, my friends and I used to go to bars on Wednesday nights. We would always meet “in front of the central station” and move on to the city center, where the bars were. The station had two opposing exits, one to the north and one to the south. But every time, we agreed to meet in front of the central station at a specific time. No more information was exchanged.

My friends and I knew that the place to meet was in front of the southern entrance. We had a shared understanding of the concept of “in front of the central station” and knew that all of us knew which exit we were referring to.

For effective collaboration, we need to consider the social dimension in addition to the knowledge dimension.

The social dimension refers to my knowledge of you. It has three levels: 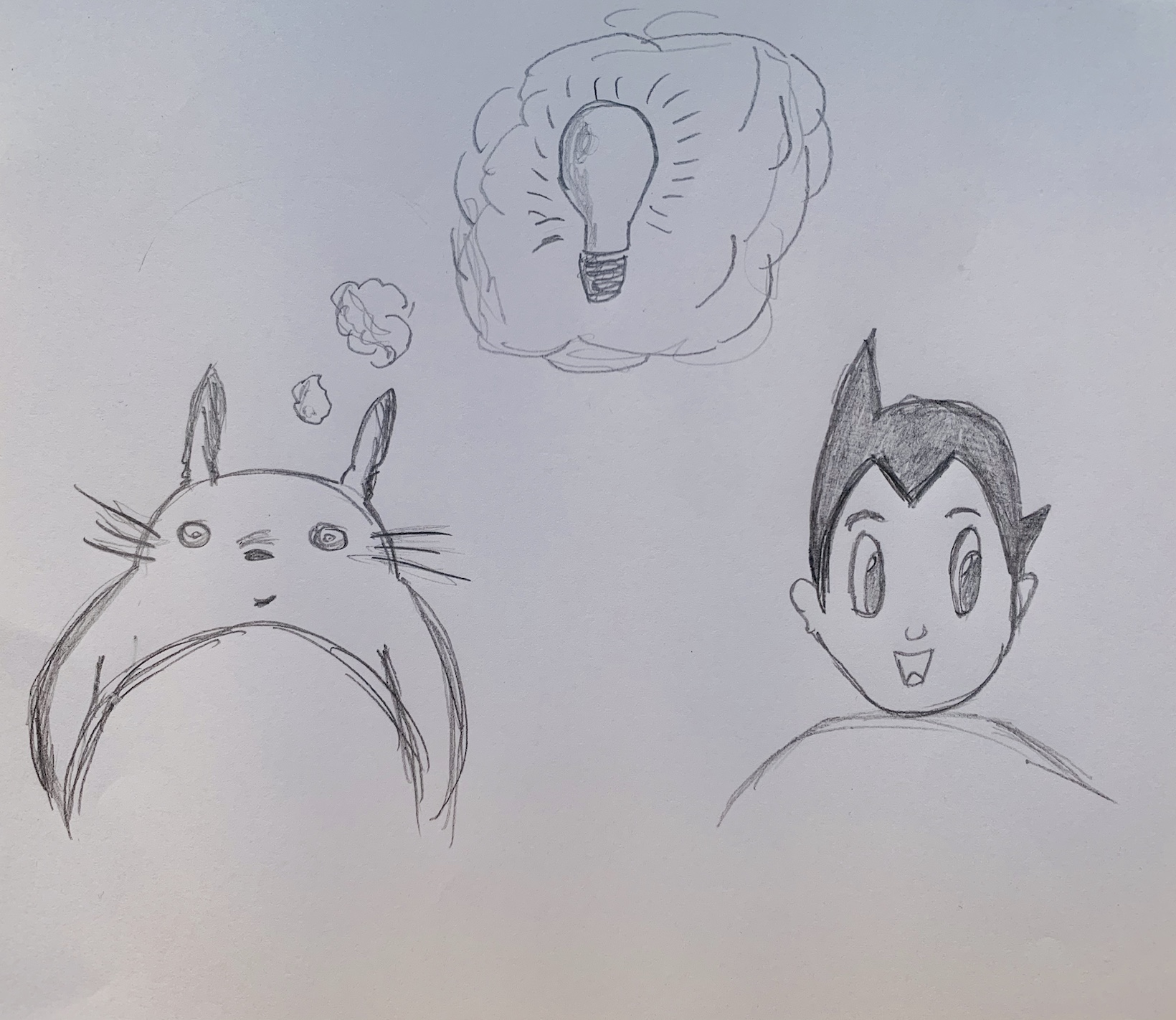 Knowledge is private if Bob can’t form a belief about Alice’s knowledge.

This can have two causes. First of all, Bob might not know Alice at all. This is why he’s not able to imagine what Alice might think.

An alternative is that Alice has a secret. A secret is private knowledge. By definition, a secret is knowledge that is not shared. This is why it is insufficient for coordination.

If Alice knows where a certain shop is, but Bob doesn’t, they can’t agree to meet in front of it. Alice would first need to share the information with Bob to allow them both to coordinate using that knowledge. 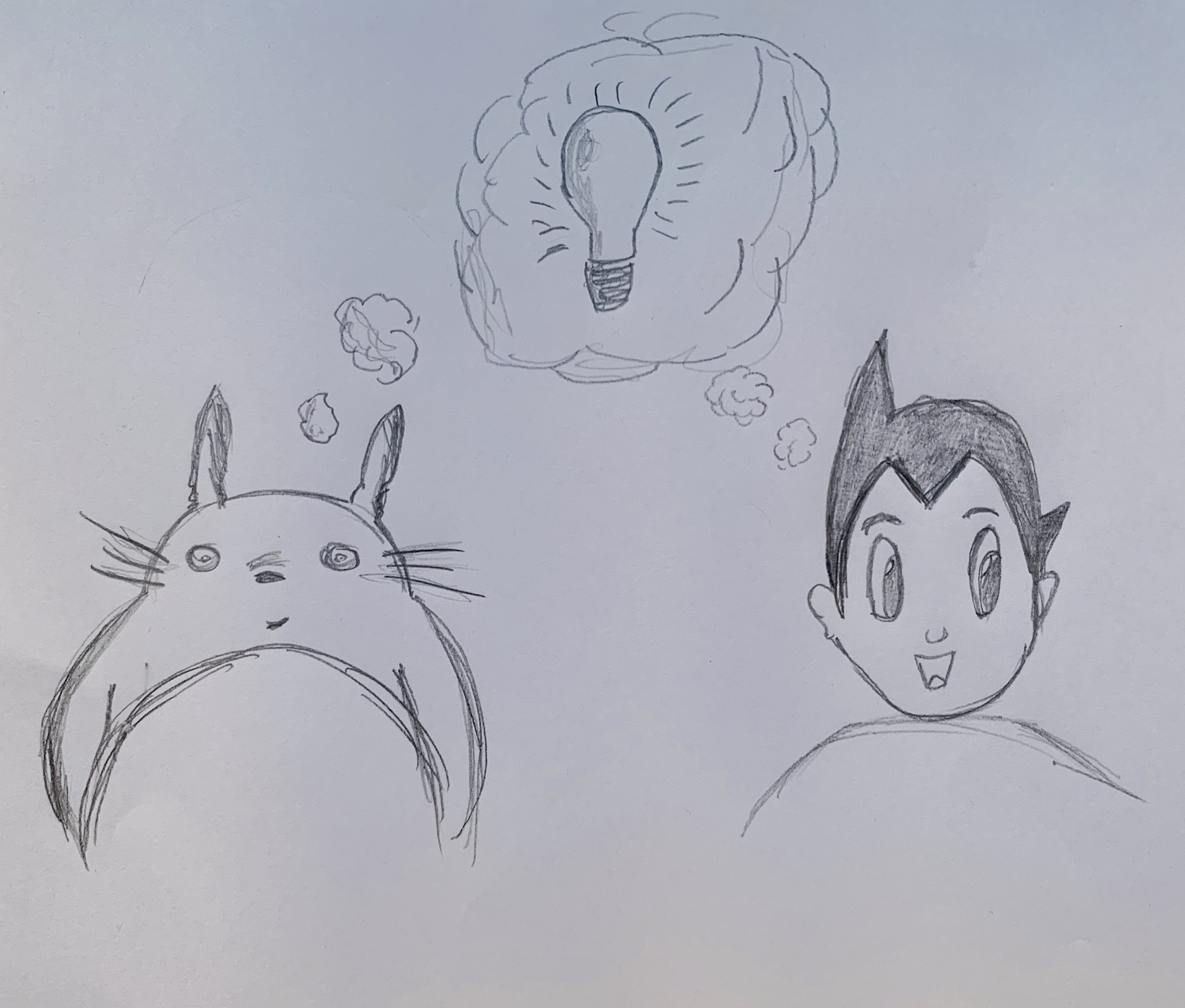 The second dimension is shared knowledge. It means that Bob knows what Alice knows, and vice versa. They both know about each other to know which point of the interpretation distribution they are referring to.

Let’s assume that the street leading to the store is closed because there was a fire. If Bob and Alice only coordinate based on their shared knowledge of the store’s location, they wouldn’t know what to do. 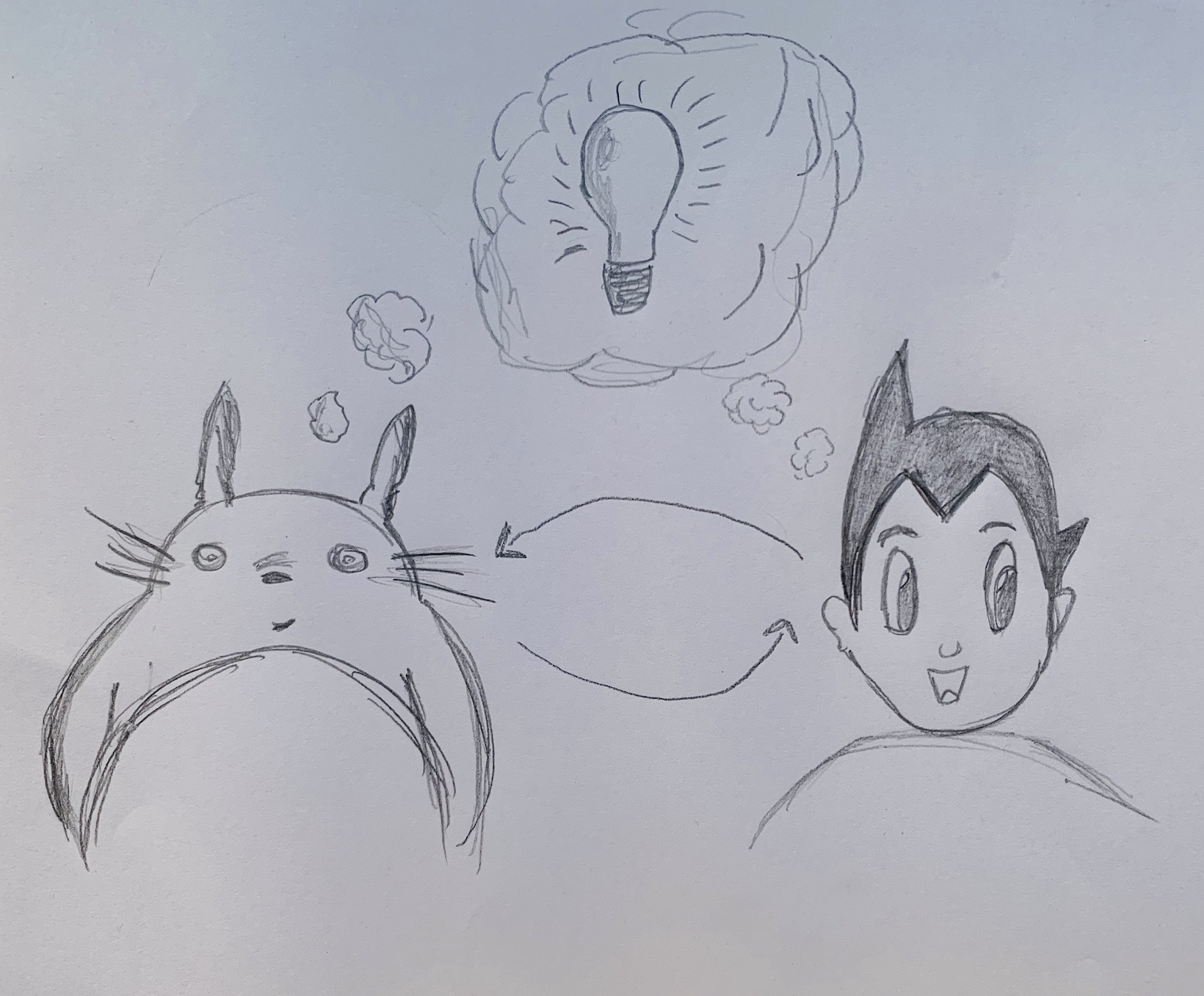 The third dimension goes one step further. It allows for a stable form of coordination. One that does not directly fail if you introduce uncertainty.

The third social level of knowledge is common knowledge. It refers to:

The whole concept of the TV show Family Feud is based on tests of common knowledge. The players need to name the most popular responses to questions posed to 100 random people. To be successful, the players need to know not only the distribution of potential answers, but weight them according to their beliefs of other people’s beliefs of what they believe others would believe to be appropriate answers.

Here are some examples:

The Special Things About Common Knowledge

At first, I struggled to understand the concept of common knowledge because I didn’t break it down into its two dimensions: the knowledge and social dimensions.

The other difficulty for me was to see the advantages of common knowledge versus mere shared knowledge.

In effect, the third level of the social dimension works like a hive mind. It is a shared psychology of sorts that allows me to look into your mind, and vice versa.

When picturing this dimension, I have an image of a table tennis double. It’s such a fast game. It requires both players to coordinate without talking or even looking at each other.

Let’s return to the example of Bob and Alice meeting in front of the shop where the street is blocked. If they share common knowledge, Bob would know that Alice knows that they usually meet at the square around the corner from the shop. Alice would know that Bob would think that she would be there. Forming these beliefs about each other would allow them to meet at the square.

In addition, it was particularly difficult to wrap my mind around the advantage of the recursive operation.

Why was it necessary for me to explore my belief about your belief about my belief? Wouldn’t knowing what you know be sufficient? Why is it important for me to think about what you believe that I believe?

The recursive nature of common knowledge provides additional information over and above shared knowledge. Let’s explore how.

In the story of The Emperor’s New Clothes, the emperor presented his non-existent robe to his people. Everybody could see that he was naked. This is shared knowledge.

Then a child came along and shouted: “He’s wearing nothing!” This acknowledgment transformed the obvious fact that the emperor was naked from shared into common knowledge.

The boy did not provide any new factual information. Everybody could already see that the emperor wasn’t wearing anything.

However, the boy did provide social information. He made it acceptable to acknowledge the emperor’s state of attire. Thus, this example demonstrates the two dimensions of the common knowledge concept – knowledge and social.

The moral is that the mere act of saying something publicly can change the world — even if everything you said was already obvious to every last one of your listeners.
— Scott Aaronson

The following video shows another example presented as a very interesting puzzle. It also provides a solution to how the recursive nature of common knowledge provides additional information.

Now that we’ve established what common knowledge is, let’s apply that concept.

My research into common knowledge reminded me of the startup journey.

Every successful startup needs to start with private knowledge. The company needs to be based on a secret to be successful. Without a secret, there would be competition right away and a relevant differentiation would not exist.

So step two is to build a team and establish a shared knowledge base. The plan and the secret must be shared. All team members need to have a common understanding of what needs to happen and what makes them special.

The final goal, however, is to establish common knowledge inside the company and outside of it.

Common knowledge is also a prerequisite to getting funding. Previously I wrote about Girardian rivalry in the VC industry.

Only common knowledge provides the social and knowledge dimensions required to create competition among investors. If it’s just shared knowledge, then investor A doesn’t know if investor B knows that investor A is pursuing allocation. In that case, there can’t be mimetic desire and competition.

If that’s not provided, investors will second-guess each other. With that risk overhanging the round, it won’t get done.

Therefore, a term sheet has a second-degree utility. First of all, it lists the terms under which one investor would invest. At the same time, it signals to other investors that the round will get done. It’s like the boy shouting that the emperor is naked.

What About The Lockdowns?

The current COVID-19 crisis serves as an ideal example of common knowledge.

The consensus opinion was that the government implemented lockdowns and the people had to comply. What I believe actually happened was that governments reacted surprisingly fast to the signals they received from the people.

The government could only implement lockdowns and curfews once it became common knowledge that nobody was meeting anybody and going out. In fact, consumer shopping and movement data showed significant drops ahead of the lockdowns.

After a while, the situation shifted. Now, it’s common knowledge that losing jobs, local shops, and close relationships is too high a price to pay for staying at home. Everybody knows it’s not worth it and knows that everybody else knows that it’s not worth it. Lockdowns have fallen from the Overton window. Therefore, at this point, there can’t be any more lockdowns.